To earn your trust through sound guidance and practical results. “Form is Temporary but Class is Permanent” - J. R. D. Tata 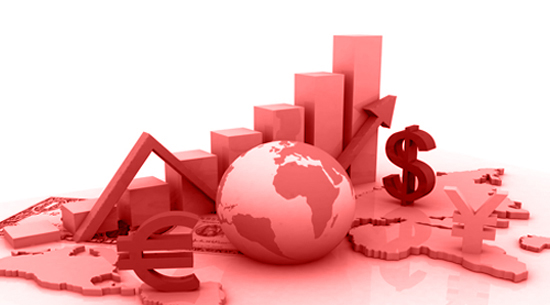 Established in 2012, we at Eagle Wealth Advisers continue the legacy of growth and commitment in providing investment advisory for your needs .Eagle Wealth is founded and managed by entrepreneurs with deep experience of private banking. EWA is driven by a conviction that private banking can and should do better by its clients. Recognising the true essence of private banking relationships and the conditions for them to flourish. Our professionals are of the highest calibre, free to act in their clients’ interests, to simplify complexity. We are committed to deliver a carefully crafted solution, designed around you and yours. We are free to select the best from the market. We are compelled only to solve, not to sell.

Our aim : To earn your trust through sound guidance and practical results. “Form is Temporary but Class is Permanent” J. R. D. Tata

Mutual funds are a type of certified managed combined investment schemes that gathers money from many investors to buy securities.

Insurance provides financial protection against a loss arising out of happening of an uncertain event. A person can avail this protection by paying premium to an insurance company.

Use intermittent dips to buy; like Yes Bank: Prabhudas Lilladher

In an interview with CNBC-TV18, he said that Yes Bank and IndusInd Bank are his top picks in the banking space and advised to buy Yes Bank on dips.
Time to go short; 8,500 on Nifty may trigger fresh buying: Pros

The chances of a market upturn may be minimal so Ashwani Gujral of ashwanigujral.com suggests investors can short at these levels.
Ongoing correction normal; like mid, small caps: Shankar Sharma

Market has rallied a lot from February lows and it is normal to see a correction of 7-8 percent after a big run feels Shankar Sharma of First Global speaking to CNBC-TV18 on a day when the Nifty slipped below the key resistance level of 8,750.
Markets could be volatile if Donald Trump wins: UR Bhat

If Donald Trump wins the correction won't be too deep but the market will remain volatile as a potential Trump victory has not been factored in, says UR Bhat, Director of Dalton Capital Advisors.
Market stuck at 8900; safe to keep some cash in hand: Mukherjee

âWe are overdue a correction, a large one at that,â says Udayan Mukherjee, Consulting Editor at CNBC-TV18 adding that fundamentally, global macros continue to look weak.
Volatility ahead as FO expiry may keep markets on edge

In an interview to CNBC-TV18, market experts Rajesh Kothari of AlfAccurate Advisors, Ashwani Gujral of ashwanigujral.com, Prakash Gaba, prakashgaba.com and SP Tulsian, sptulsian.com shared their view on outlook for the market and stock specific ideas.
Earnings to grow at near 10%; RBI may cut 50 bps by Oct: Enam

While the current market is driven by liquidity, it will not last forever and earnings will have to improve for growth, Sridhar Sivaram, Investment Director at Enam Holdings told CNBC-TV18.
Valuations expensive, time to liquidate; like Maruti: Experts

Independent market expert Ambareesh Baliga is skeptical at these levels and advices liquidating a bit on any upside. According to him, valuations are expensive,
Dec Fed rate hike will not effect fund flows into India: BofAML

A December US Fed rate hike looks certain she says. Janet has also hinted at two other rate hikes in 2017, she adds.
Nomura says BoJ decision riddled with problems

Speaking to CNBC-TV18 Mixo Das of Nomura said that he was less excited about the Bank of Japan and US Fed meetings that happened over this week. The US Fed was expected to stay pat and that is what it did, he said.
Nifty may touch 9100 by October itself: ILFS

Speaking to CNBC-TV18 Vibhav Kapoor of ILFS said that markets are going up and they will keep going up for some more time. âLiquidity is gushing everywhere. The US Fed has indicated that even next year, rates wonât go up. They have reduced their targets.â